Weightlifting
Deload for testing on Saturday.

Murph” is a CrossFit Hero WOD named after Navy Lieutenant Michael Murphy, who was killed in Afghanistan June 28th, 2005. He was 29, of Patchogue, N.Y. Lt Murphy was awarded the Congressional Medal of Honor after his death.

The workout was one of Mike’s favorites and he’d named it ‘Body Armor.’ It first appeared on the CrossFit site 18 August 2005.

Engaged in a frenzied firefight and outnumbered by the Taliban, Navy Lt. Michael Murphy made a desperate decision as he and three fellow SEALs fought for their lives on a rocky mountainside in Afghanistan’s Kunar Province in 2005.

In a last-ditch effort to save his team, Murphy pulled out his satellite phone, walked into a clearing to get reception and called for reinforcements as a fusillade of bullets ricocheted around him. One of the bullets hit him, but he finished the call and even signed off, “Thank you.”

Then he continued the battle.

GETTING STARTED IS EASY!

Simply fill out the form below and then schedule Your FREE intro session on the next page.

Shortly after we will be in touch with you to confirm your intro session. We are excited to meet you! 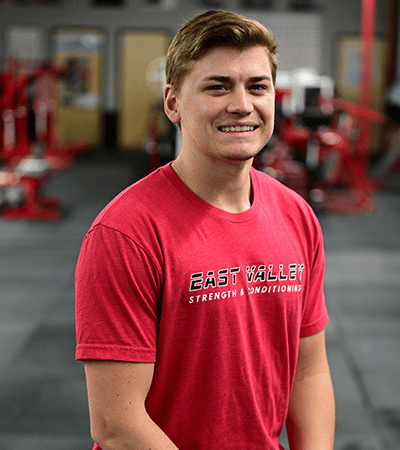 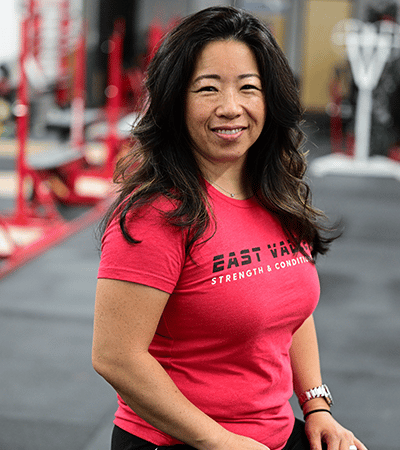 Having had no athletic background, I discovered CrossFit/Olympic weightlifting as a masters athlete. I developed an instant love of fitness and lifting, and it was life-changing for me and my family. My interest in wellness and my passion for teaching children inspired Iron Kidz—a fitness program for children and teens to learn foundational principles for health, fitness, and lifting. I am a full-time RN and a mom of three busy kids. I coach and compete when time allows. I love my CrossFit community like family and spend most of my free time with the friends and coaches I’ve met in the last eight years.

Charlie grew up competing in wrestling throughout high school and college. After graduation, his desire to compete did not diminish and he continued with Brazilian Jujitsu, earning his Muay Thai shorts through Fairtex. In 2007, his friend Brian Garmon introduced Crossfit as the fitness program for clients at their work and asked him to assist. This introduction changed his life. Charlie has extensive experience working with de-conditioned and special needs populations which has aided him in developing into an attentive and patient coach who thoroughly enjoys helping those under his watch meet their personal goals. Safety, functionality, and then intensity are mottos that he preaches in his 101 classes. 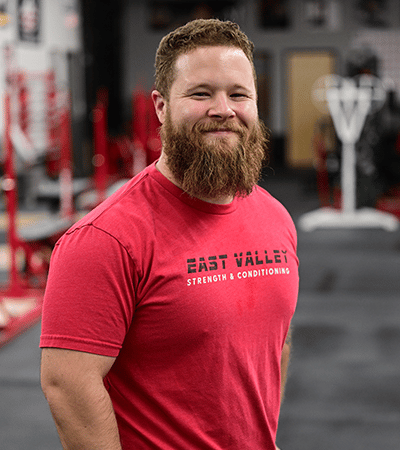 Chris is originally from a small ranching town in the foothills of Northern California where there’s not much to do but lift weights and play football! He joined the Navy in 2010 and was fortunate enough to deploy twice to the Arabian Gulf and then forward deployed to Guam (in the Marianas Islands) for the remainder of his service. Along the way he helped his fellow service members to pass physical fitness standards as well as helped others learn the benefits of heavier resistance training. Stating “There’s more to life than running!” In 2016 he left the military to pursue a Sport Science degree from Arizona State University, and will graduate in Fall 2020. Chris has continuously grown his coaching skills since 2016 by becoming certified as a trainer, starting a strength training company, Ragnarok Performance, and is currently interning at ASU Sport Performance and East Valley Strength & Conditioning.

Chris prides himself on being a strong geek, “I love to lift things up and put them down, but I will also watch the original Star Wars, or play video games if there’s time!” Currently he likes to compete in Strongman events throughout the year, with a recent best of a second place finish February 2020. Powerlifting is another love of his, but will admit it’s been a while since his last formal competition. However, he hopes to change that soon! 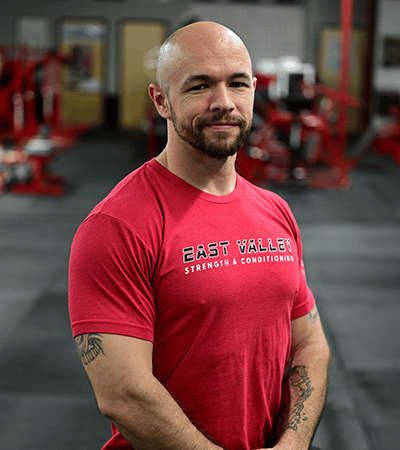 I’ve been a personal trainer since 2008. I’ve helped people lose weight and keep it off; gain weight and strength; get ready for CrossFit, weightlifting, and powerlifting competitions; and I’ve helped a lot of people become fitter and healthier. Everyone has the potential to be where they want to be; sometimes they need a helping hand to get there. I’ve been able to provide that through nutritional counseling, skill work, personal programming, and everything in between.

Currently pursing a degree in nutrition 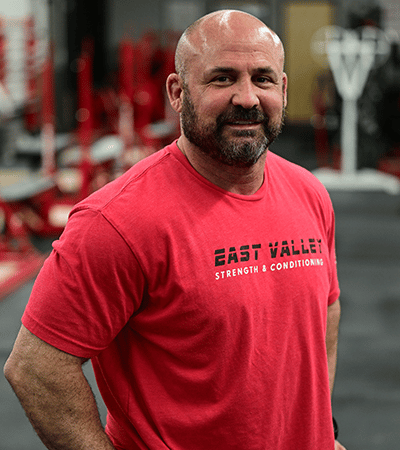 The two things that I love most about coaching are the people and the beauty of the sport. Everything boils down to relationships; the coach-athlete relationship is very special. A coach has the privilege of mentoring athletes, and the right coach can be a life-changing influence. Coaches have the opportunity to teach people how to approach problems, and how to work in structured and focused ways towards accomplishing their goals. Possibly most important of all, the coach creates the culture of the team. The coach can teach athletes how to treat people, how to build people up, and how to create a culture for the betterment of everyone on the team.

Month-to-Month Membership Agreements and Annual Membership Agreements: You may place your Membership on hold two (2) times per calendar year up to three (3) consecutive months each time. Advanced notice of at least two (2) business days is required. The hold must be 30 days in duration at a minimum and 30 days must elapse between holds. Upon expiration of the term of the hold, your account will automatically become active and payments will resume. Should you choose to return prior to the end of their hold period, the hold will be released and payments will resume.

All membership agreements require 30-days written notice to cancel your membership. This form will serve as your 30-days written cancellation notice. Note that if you have a scheduled renewal payment within 30-days of your invoice billing date, the payment will be processed as scheduled. Your membership will be canceled at the end of your final paid month. All payments are non-refundable. All grandfathered membership rates will also be forfeited and returning members will be subject to current rates.

We Would Love To Meet You!

Simply fill out the form below
& one of our amazing
coaches will be in touch asap! We are excited to meet you!

ARE YOU LOOKING TO DROP-IN?

We Would Love To Meet You!
WARNING!
Class Sizes Are Limited.

If you would like to reserve a spot... Simply fill out the form below letting us know what day you might come by & one of our amazing coaches will reach out to you to reserve your class.

OUR PRICING IS SIMPLE

We Want To Offer You
The PERFECT Membership For YouR NEEDS.

Simply fill out the form below
& one of our amazing coaches
will send you our current
membership information.